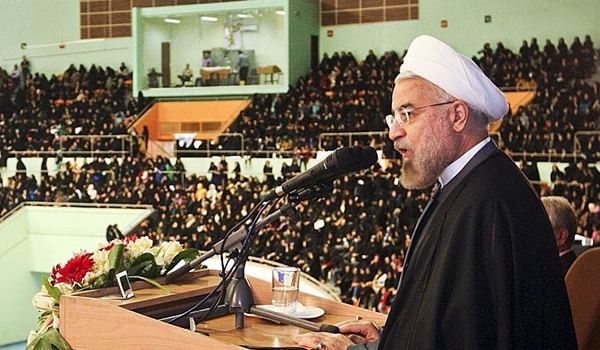 The Islamic Republic has, on numerous occasions, stated that it does not seek to develop nuclear weapons, while it is using nuclear energy for medical researches instead, Rouhani said, addressing a gathering on the occasion of the International Labor Day in Tehran on Thursday.

He also stresses that the anti-Iran sanctions are unfounded and have nothing to do with the country’s peaceful nuclear program.

Rouhani’s remarks came as Iran and the Group 5+1 group (the five permanent UN Security Council members plus Germany) are slated to start a new round of talks on Tehran’s nuclear energy program later this month.

Based on the deal, Iran halted its 20-percent enrichment activity in January.

Head of the Atomic Energy Organization of Iran (AEOI) Ali Akbar Salehi underlined that Iran’s enrichment right has been clearly stipulated in the Geneva accord sealed by Tehran and the six major world powers late in November, adding that the Non-Proliferation Treaty (NPT) had already granted the right to the country, however.