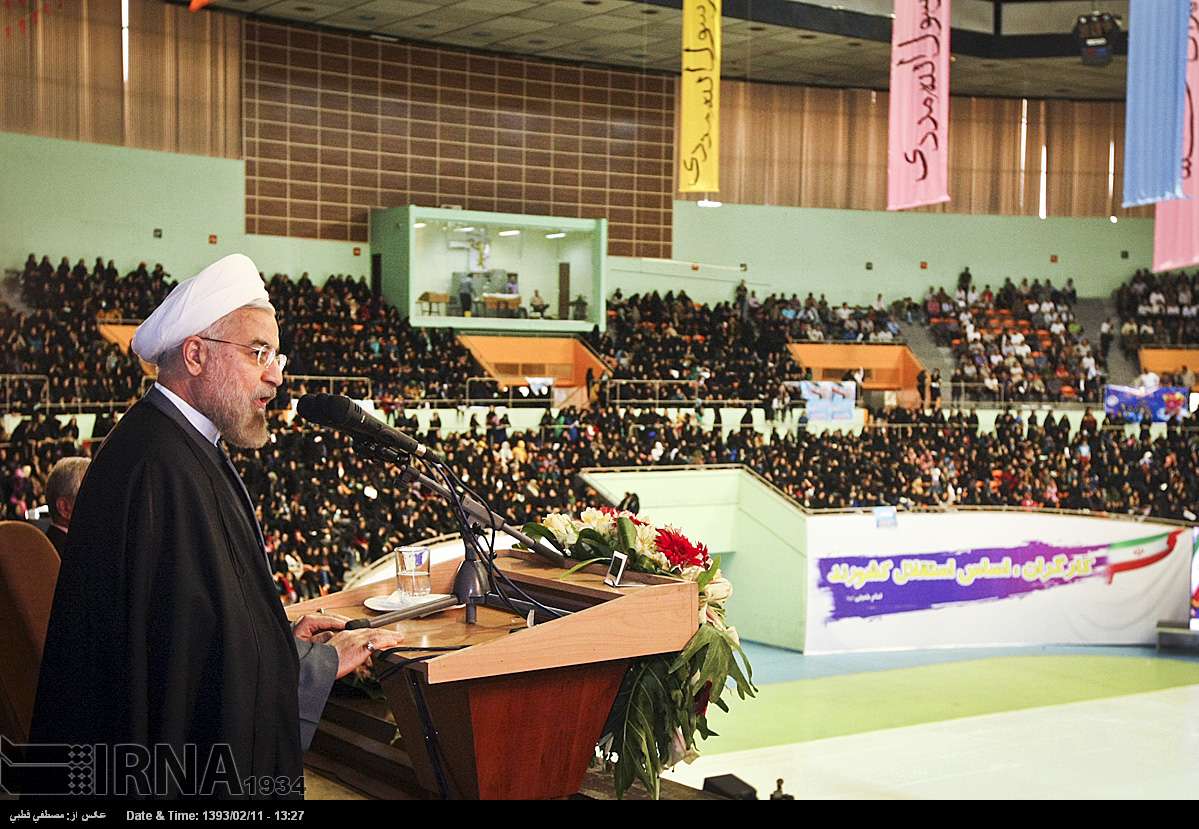 President: Iran not to spare any effort to remove sanctions

Tehran, May 1, IRNA – President Hassan Rouhani said on Thursday that the Islamic Republic will not spare any effort to remove illegal sanctions imposed on the country.

Addressing a gathering held on the occasion of International Labor Day at Tehranˈs Azadi Stadium, he underlined that the anti-Iran sanctions are unfounded and have nothing to do with the countryˈs peaceful nuclear program.

The Islamic Republic has, in numerous occasions, stated that it does not seek to develop nuclear weapons, while it is using nuclear energy for medical researches instead.

Meanwhile, the President noted that the government is determined to increase exports of Iranian products based on constructive interaction with the world.