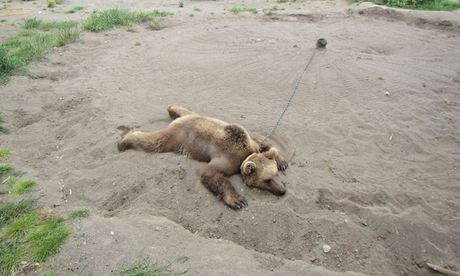 The environmental authorities of Iran have sued a zoo for keeping animals in poor conditions, particularly for chaining a bear to a post.

Iran’s environment department said on Wednesday it had inspected Babolsar’s zoo, in the northern province of Mazandaran, and was pursuing a legal case following complaints by the public over the mistreatment of animals held there.

On social networks Iranians recently shared pictures of a bear with a chain fastened to its neck, and expressed outrage about the way the animal was being held captive in Babolsar.

Mohammad Darvish, of the department’s educational and public participation office, told the news website Tabnak he was dismayed at seeing the bear’s plight and said he believed the zoo should be closed down.