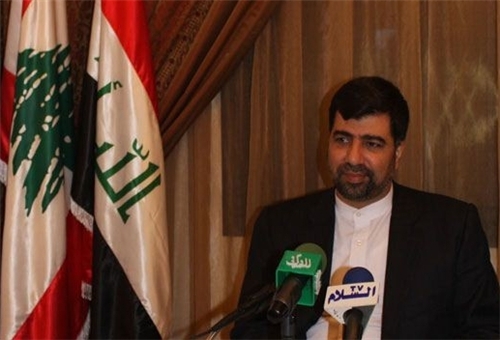 TEHRAN (FNA)- Iranian Ambassador to Beirut Qazanfar Roknabadi discussed different ways to end the crisis in Syria with a number of European envoys.

During the meeting which was called by EU Envoy to Lebanon Angelina Eichhorst and held at EU office in Beirut, Roknabadi talked about practical ways to put an end to regional conflicts, including crises in Syria and Palestine.

He said halting financial and arms support for terrorist groups is highly important in settling the Syrian crisis.

Embassies of a number of EU member states, including Germany, Britain, Greece, the Netherland, Finland, Belgium, Spain, Cyprus, Romania, Austria, Denmark, Italy, Sweden, Slovakia and Poland had sent their ambassadors or other diplomats to the meeting.

Syria has been gripped by deadly violence since March 2011. Damascus says the West and its regional allies have been fuelling the unrest by providing militants with money and weapons.

According to some reports, over 140,000 people have been killed and millions of others have been displaced due to the turmoil in Syria.

Meantime, registration for presidential candidates was declared open Monday by the Syrian parliament speaker, during a session that was attended by the Prime Minister, ministers and representatives of local, Arab and foreign media.

Candidates can continue to submit applications through Thursday, 1 May, 2014.

The presidential election in Syria is scheduled to start work on June 3.