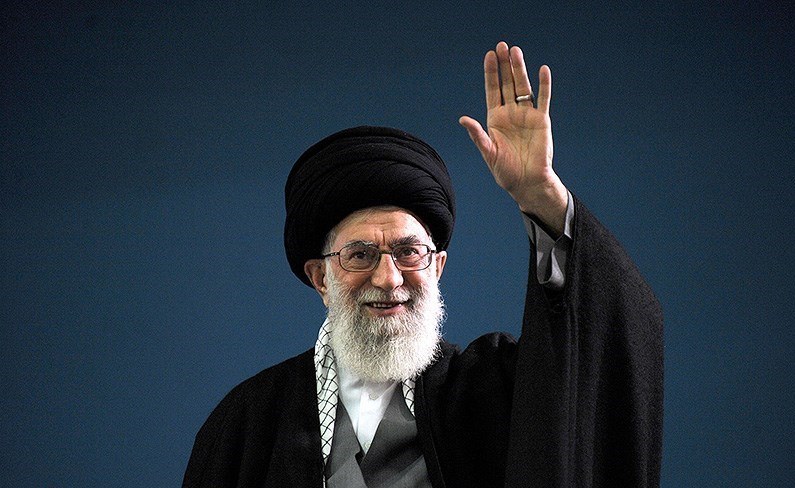 In his latest declaration of Iran’s strength, the Supreme Leader has said the Islamic Republic’s industrial might will make the world’s bullying powers respect it.

Addressing workers of the MAPNA machinery complex in Alborz Province in northern Iran, Ayatollah Khamenei said, “(If) we stand on our own feet and be strong, they have to respond respectfully and reasonably.”

Ayatollah Khamenei continued, “We should grow…from within (Iran), but…we should be active and influential in global markets.”

The Supreme Leader linked his economic message to high-level nuclear talks with the 5+1 Powers, which resume on May 7 in Vienna — he insisted that the capability to enrich uranium up to 20% is “a demonstration of the country’s national determination”.

Iran suspended production of 20% uranium under November’s interim nuclear deal, and it diluted stock to 5% or converted it to oxide powder. However, it is insisting that it be allowed to enrich uranium to 5% in any final arrangement.

Ayatollah Khamenei insisted, “The more we make progress in every field, the more the other side will understand the futility of its sanctions.”

Iranians in Exile Question Rouhani Assurances of Safety if They Return

Questions are piling up over President Rouhani’s assurance, given last September in New York, that Iranians forced into exile can now return home.

Amid stories of hours of interrogation of those who take up the offer, journalist Hossein Nouraninejad was arrested on April 21, a month after he returned from Australia to resume life with his wife and infant son.

Nouraninejad’s wife, Parastou Sarmadi, said her husband was transferred to a section of Evin prison that is controlled by the intelligence branch of the Revolutionary Guards.

Authorities have not given a reason for the arrest.

Two other activists said they had been advised by Intelligence Ministry and judiciary officials, through the activists’ relatives, to stay where they are.

Iran Prosecutor General Gholam Hossein Mohseni Ejei effectively pushed aside Rouhani’s words last week, saying that anyone connected with “sedition” — the regime’s term for mass protests after the disputed 2009 Presidential election — would be arrested on entry into Iran.