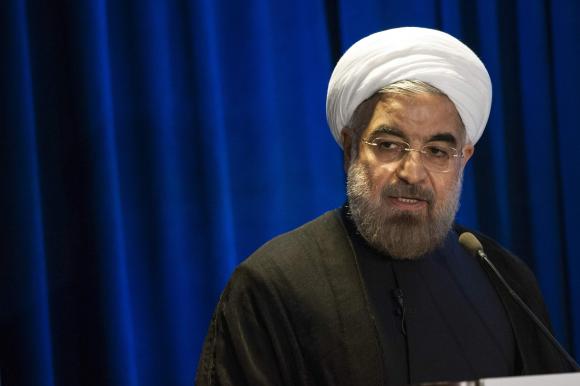 President Rouhani: All phases of Iran’s South Pars gas field to go on stream by 2017

TEHRAN (FNA)- Iranian President Hassan Rouhani announced that all phases of the development of the giant South Pars gas field will be accomplished by the end of his tenure in 2017.

“This year, four phases of the South Pars will be launched and 100mln cubic meters of gas output will be added to the country’s capacity,” President Rouhani said in a live televised interview on Tuesday night.

Noting that four phases of the South Pars will go on stream next year, he said, “We plan to launch all South Pars phases during my administration.”

Rouhani further praised the endeavor of Iranian experts, specially those in the oil ministry, and said, “Highly good moves have been made in the field of oil and gas.”

Speaking to FNA in the Southern city of Assalouyeh and during a visit to phases 12, 17 and 18 phases, the oil minister said, “Phase 12 is one of the important and big phases of the South Pars and its completion is important.”

Last month, Zanganeh underlined the need for the acceleration of work in Phase 12 of South Pars gas field.

Zanganeh called on the National Iranian Gas Company (NIGC) to mobilize its forces for the operation of Phase 12 of the giant reservoir which Iran shares with Qatar.

The minister told contractors during his recent visit to South Pars that gas production from the offshore section of Phase 12 must be prioritized.

He said two desalting units in Phase 12 would come online in March 2014, adding that these units are of great importance for fuel supply in the winter.

Zanganeh said Iran’s gas industry is bracing for its hardest ever year in terms of gas supply.

“We have to make efforts to launch a section of this phase as soon as possible. Based on our plans, South Pars Refining Complex affiliated with NIGC can help Petropars Company which is operating the project,” he said.

Zanganeh said contractors must always think that international sanctions on the oil industry are not being lifted.

“Important petroleum industry projects must not be delayed due to waiting for the lifting of sanctions. The necessary commodities must be supplied in whatsoever manner and be installed in the project,” he added.

Zanganeh said delayed development of South Pars has caused gas shortage even in the winter. “For example, during the first half of the current (calendar) year, we burnt 12 billion liters of fuel oil and gasoil in the country’s gas-fuelled power plants.”