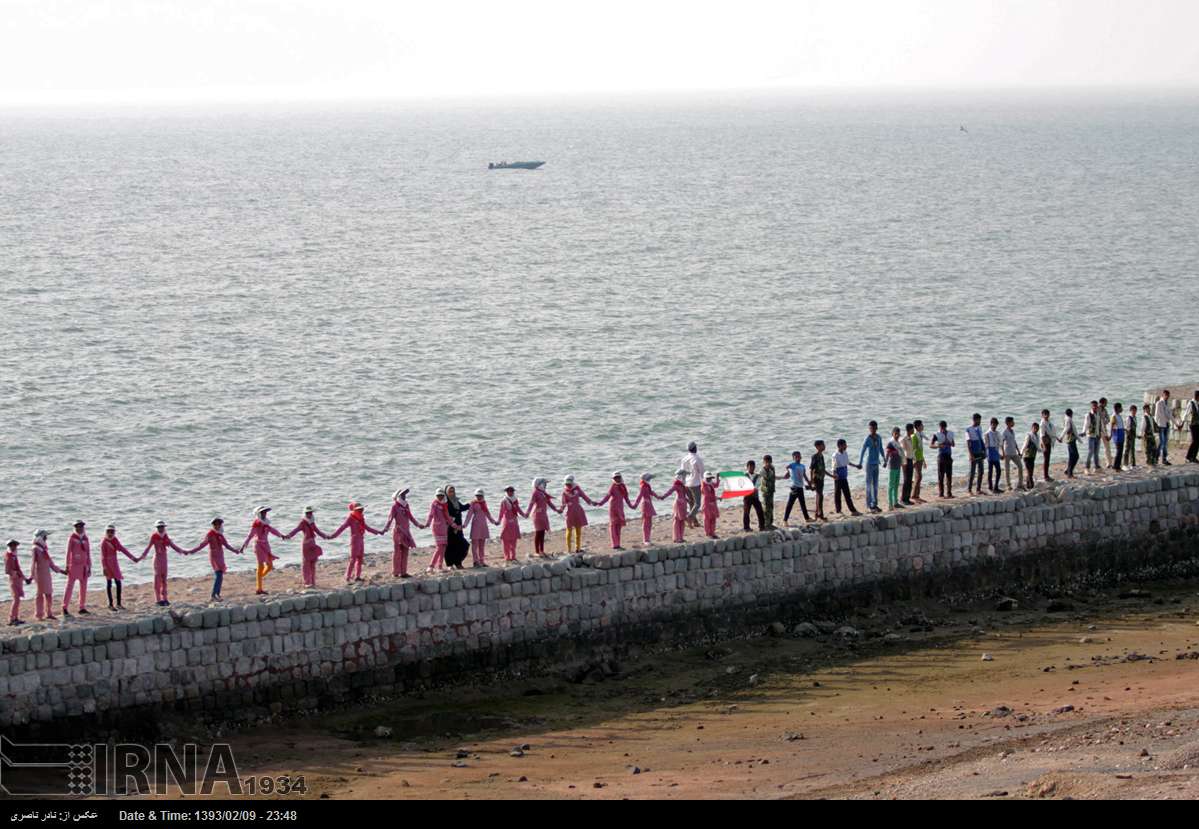 Bandar Abbas, Hormuzgan Prov, April 30, IRNA – A large number of Iranian university students, police and Basij forces and local people formed a human chain in the port city of Jask, in this southern province, on Wednesday.

The move is to commemorate the National Persian Gulf Day.

Formation of this human chain is aimed at expressing support for the national and historical identify of the Persian Gulf.

Iran designated April 30 as the national Persian Gulf Day to highlight the fact that the waterway has been referred to by historians and ancient texts as ˈPersianˈ since the Achaemenid Empire was established in what is now modern day Iran.