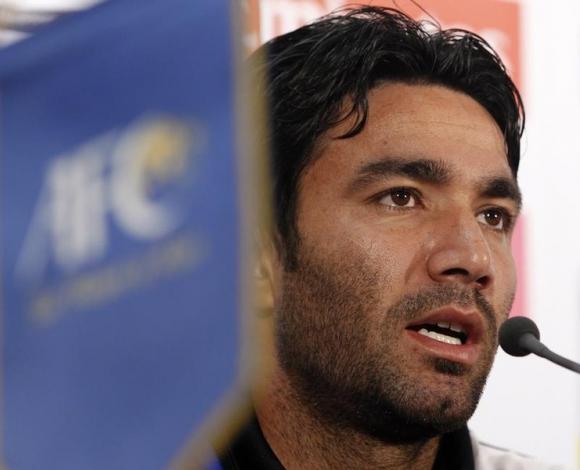 Nekounam has abundance of responsibility for Iran

The 33-year-old, though, has a wealth of experience to draw on having made more than 130 appearances for the three-times Asian champions since making his debut 14 years ago.

His abilities have not faltered with age as his six goals in the Asian qualifiers proved, withIran topping their groups in both the third and fourth rounds to reach Brazil.

Composed on the ball with a strong passing game, Nekounam is the fulcrum of the Iranian team in his number six shirt and anchors the midfield from where he instigates swift counter-attacks.

He played in Iran’s opening two World Cup matches in Germany 2006 and although the team left without a win – following group defeats by Mexico and Portugal and a draw with Angola – he impressed enough to earn a contract with La Liga side Osasuna.

His transfer made him the first Iranian to play in Spain’s top flight where he spent six years scoring over 20 goals in close to 150 appearances.

His spell in Spain ended in 2012 and he returned home to Iran with Esteghlal, helping them to the Pro League title and the semi-finals of the Asian (AFC) Champions League.

His performances resulted in him being shortlisted for the AFC Player of the Year award but he missed out to China’s Zheng Zhi for the title.

He moved away from Esteghlal at the start of the year to join Kuwait SC where he has continued to add to his goal tally, albeit it at a weaker level.

With Iran drawn against Argentina, one of the tournament favorites in Group F, Nekounam will need to be at his best anchoring the defensive effort alongside Andranik Teymourian against a likely barrage of attacks.

He should get more of a chance to show his attacking threat in the opening match of their Brazilian campaign against Nigeria in Curitiba on June 16.

They then face Argentina, before facing Bosnia in their Group F finale with any hope of the team adding to their sole victory in the finals against old political foes the United States in 1998 resting on a strong showing from their skipper.