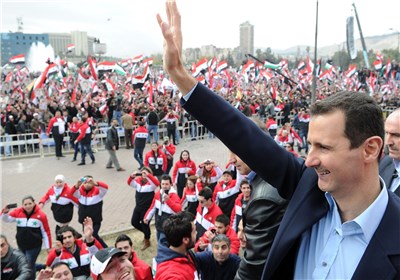 Syria’s Assad to run for president in June 3 vote

The statement, made by Parliament Speaker Jihad Laham on state-run television, was quickly followed by broadcasts of nationalistic music praising God.

Assad, who has ruled the country since taking over from his father in 2000, was widely expected to run for a third seven-year term in office, although it remains unclear how the vote can take place in areas engulfed in fighting, AP reported.

Following the announcement, the state-run TV also ran a brief biography of Assad, quoting him as asking Syrians not to resort to celebratory gunfire and telling them that “we are now in the atmosphere of (democratic) elections in Syria for the first time in its contemporary history.”