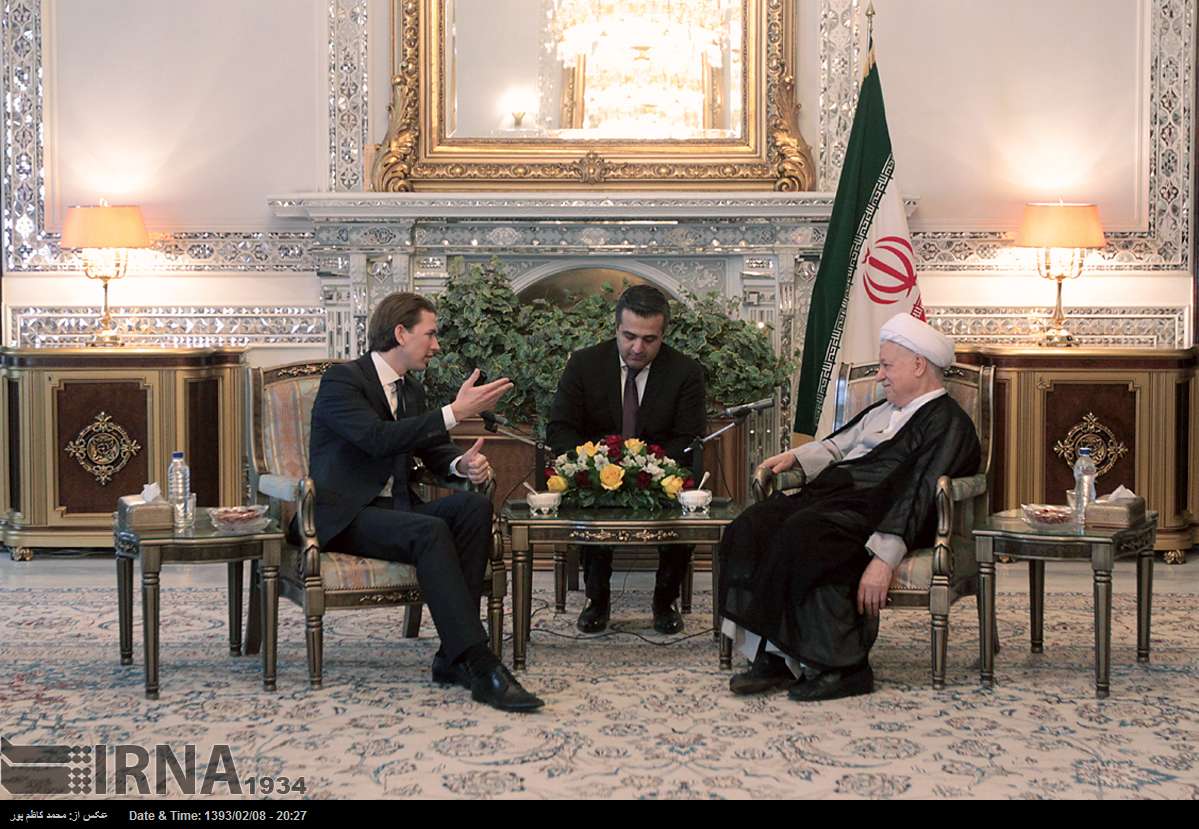 He made the remarks in a meeting with Austrian Foreign Minister Sebastian Kurz.

Ayatollah Rafsanjani said that the majority of Iranian people and the elite support agenda of President Hassan Rouhani to develop relations with the outside world.

He said that Iran and Austria have satisfactory background of cooperation.

Ayatollah Rafsanjani said independent policies of the Austrian government have been helpful to develop relations between the two countries in different junctures.

He deplored severance of Iranian ties with certain European countries over the past three years and acknowledged better ties between the Iranian and Austrian governments based on mutual interests.

Asked by Kurtz about prospect of Iran-G5+1 nuclear talks, Ayatollah Rafsanjani said the issue is not complicated in principle but due to political goals under the pretext of the nuclear program, it is difficult to predict the outcome.

“Of course, we are hopeful of a bright prospect.”

He said that the western governments have taken steps to solve the problem technically, it would not take a long time because the ground is prepared for the comprehensive agreement.

Rafsanjani said that there is mistrust between Iran and the western governments.

Ayatollah Rafsanjani recalled adverse consequences of using atomic bomb against Japan by the United States and said that nuclear weapons account for crime against humanity.

According to Fatwa (religious edict) of the Supreme Leader of the Islamic Revolution, Iran has renounced use of nuclear weapons, he said.

Kurtz said that the Austrian government is willing to cooperate with the Islamic Republic of Iran on cultural issues and dialogue of religions.

He added that Iranian students in Austria serve as the best channel for cultural, scientific and technological cooperation between Iran and Austria.

He said that he advocates enhanced ties with the Islamic Republic of Iran and would do his best to upgrade bilateral ties.

“We are proud of hosting Iran-G5+1 nuclear talks in Austria, hoping that they will be fruitful.”