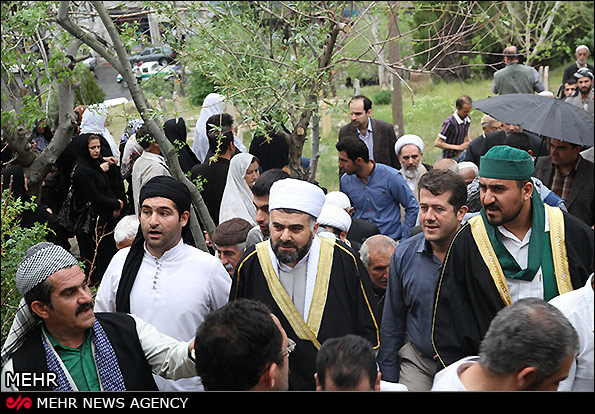 TEHRAN, April 27 (MNA) – The Leader of the Islamic Republic has issued a statement where he offered condolences on the death of Sannandaj’s Sunni Friday Prayer Imam.

Sanandaj Friday Imam Mamusta Hesamadin Mujtahedi passed away on Saturday, said the governor of Kurdistan province in the northwest of Iran.

The Leader of the Islamic Republic, President and his deputies, the head of Expediency Discernment Council and other high-ranking officials also extended their condolences for his death.

Part of the message released by the Leader’s website reads “I offer my heartfelt condolences to Kurdistan’s public and his bereaved family on the death of Mamusta Hesamadin Mujtahedi, the prominent Shafei clerical scholar and the province’s representative to the Assembly of Experts and Sannandaj’sFriday Prayer Imam.”

“He was among the loyal personalities to the Revolutionary message of unity of Muslims and welcomed the approximation of Islamic sects,” reads another part of the message by the Leader.