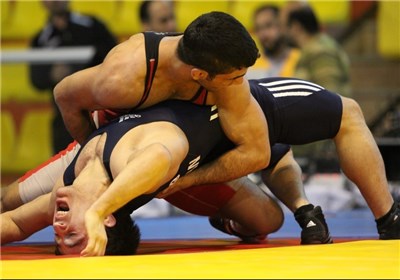 TEHRAN (Tasnim) – The Iranian Greco-Roman team finished in third place in the 2014 Asian Wrestling Championship in Astana, Kazakhstan, on Sunday.

On Sunday, Behnam Mehdizadeh defeated Murat Ramonov from Kyrgyzstan in the 120kg and won the gold medal.

In the 80kg, Yousef Ghaderian bagged a silver medal. The Iranian wrestler lost to Janarbek Kenjeev from Kyrgyzstan in the final match.