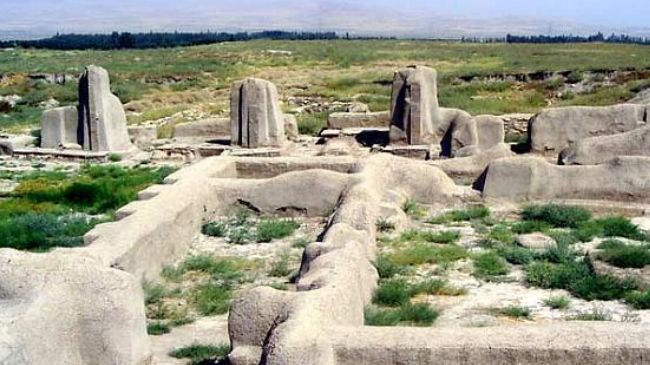 Iran is preparing files for seeking a world heritage status at the United Nations Educational, Scientific and Cultural Organization (UNESCO) for three sites in West Azerbaijan.

Hassanlou Hill in Naqadeh, Bastam Castle in Chaipareh, and Jameh Mosque in Urmia are the sites with historical significance that should be introduced to the world, said the Director General of West Azerbaijan Cultural Heritage, Handicrafts and Tourism Department, Mozaffar Abbaszadeh.

The file is spending its primary stages and the completed dossiers are estimated to be ready by the end of March 2015, Abbaszadeh announced.

Hassanlou Hill, which dates back to 8000 BCE, is the evidence of Iran’s ancient history. The hill is also considered one of the most important sites of Middle East.

A number of relics belonging to Seleucid, Achaemenid and Neolithic eras have been unearthed at the site. The most remarkable excavated piece  known as ‘Hassanlou Cup’ is currently kept at Iran’s National Museum.

Discovered 50 years ago, Bastam Castle in Chaipareh is also one of the magnificent structures of Iran. The castle, also known as Qara Ziaeddin, dates back to 7th century BCE, around 2800 years ago.

The ancient castle had a royal citadel, temple, bazaar, the government office, tower, rampart and gateway.

Urmia’s Jameh Mosque located in the middle of the city’s Old Bazaar has a large courtyard and a domed mosque granted an altar with plasterworks from the Mongolian era.