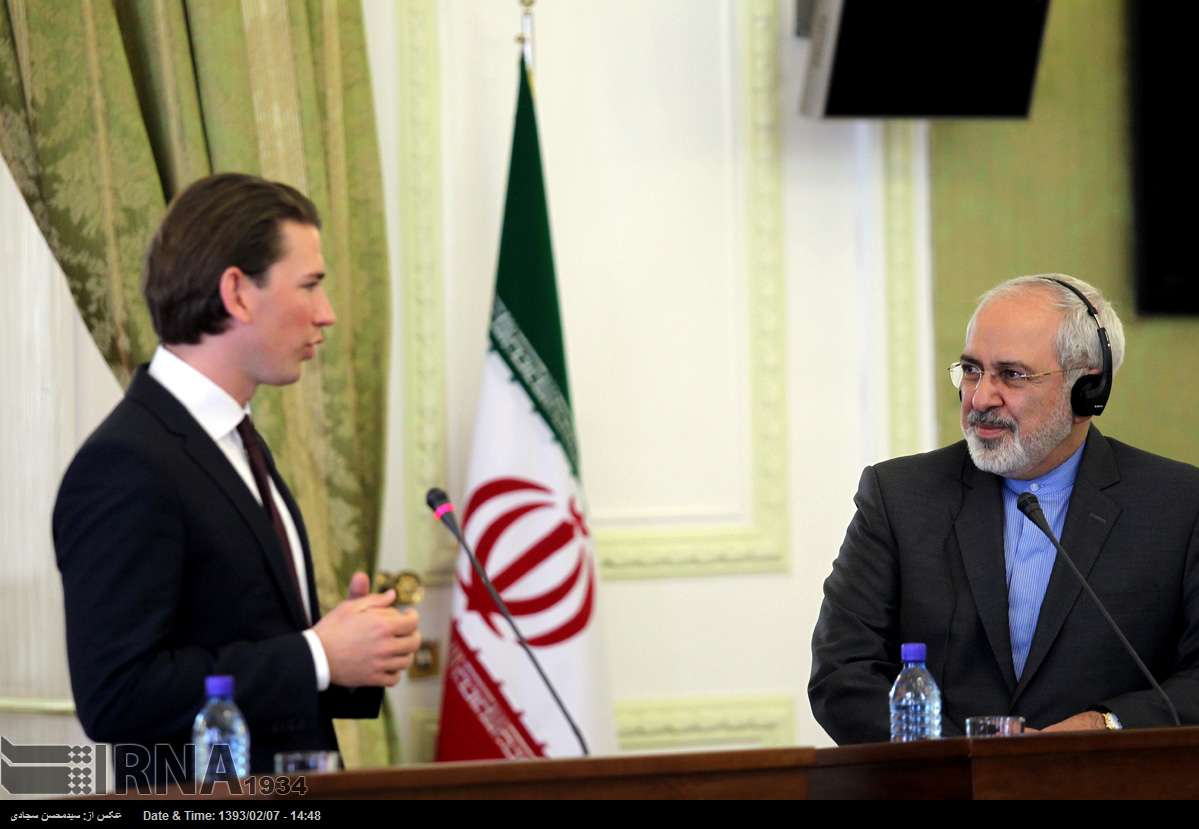 Zarif said: “We have always discussed human rights issues with Austria and will continue doing so. So long as the talks are aimed at reaching mutual understanding, we will welcome it.”

The Iranian foreign minister stressed that the final agreement between Iran and the 5+1 must be a deal that “respects Iran’s rights and the demands of the people.”

Asked about opposition to the talks within Iran, Zarif said: “Iran is not a monolith … we will have those who will not favour an agreement, but at the end of the day what will count is the view of the majority of the Iranian people.”

Kurz also supported the idea of a comprehensive deal, saying: “One should avoid losing this opportunity, because this solution in regards with nuclear talks will lead to stability and security of the whole region … and it will be helpful (from) the economic viewpoint for the Iranian people.”

He added that he raised the issue of human rights with Zarif, saying he voiced concerns about human rights and stressed that Austria opposes capital punishment.