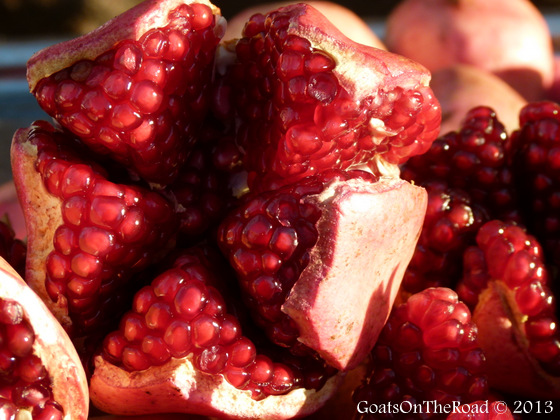 Why did we decide to travel to Iran?

When people from the west think of Iran, images of Taliban waving guns in the air, buildings being bombed and women covered head to toe with only their eyes showing tend to come to mind.

But here’s the thing: The Taliban are located in Pakistan and Afghanistan. Bombing doesn’t occur in Iran (at least for now). Women wearing veils to only show their eyes are mainly found in the Arabian Peninsula countries of Saudi Arabia, Yemen, Oman and the UAE. In Iran, women must cover their hair and show no skin, but they can wear modern clothing and colourful headscarves. Women in Iran typically do not wear the Niqab (veil)

Sure, they’ve had a violent past, but apart from protesting elections, things have been calm and safe here since the Revolution.

Iran isn’t Iraq. It isn’t Afghanistan and it most certainly isn’t Pakistan.

We want to travel to Iran for many reasons, but one is to show the world that Iran isn’t what is portrayed in the media. Western news is disgustingly biased when it comes to coverage in the Middle East and while we won’t be able to change everyone’s mind on the subject, we hope to shed a little light on the truth about Iran.

We’ve met many western travellers of all ages who have explored Iran, some more than once. Everything we’ve heard about this country has been nothing but positive! The people here are known to be friendly, gentle and kind. Stories of being invited in for dinner by complete strangers, or offered a room in their house for the night are not uncommon. The people of this Islamic Republic are said to be the most hospitable in the world, and we’ve said that about almost everywhere; but other travellers keep telling us: “wait until you go to Iran.”

They too want the world to know how safe and welcoming their country is, rather than what is depicted on the media.

Besides finding out what is really going on in Iran and to meet the wonderful people, we are really looking forward to seeing all of the recent and ancient sites, exploring the desert and trying the local cuisine!

Iran is one of the oldest civilizations in the world and has been home to settlements since 4000 B.C. Obviously, this means there is some amazing ancient architecture to explore. As an example, the Achaemenid Empire started building the city of Persepolis in 520B.C., the remains of which are still standing in ruins and are a Unesco World Heritage Site. We can’t wait to see Persepolis!

As you know, we love spending time in the desert! There’s just something about the sand dunes, deafening silence and complete peacefulness that we really enjoy. We did a camel safari in India, explored many ofEgypt’s diverse deserts and recently, spent a week in the Gobi Desert in Mongolia. We’re really excited to see how Iran’s deserts compare to the ones we’ve seen in other parts of the world. The sand dunes of the Gobi Desert

Then there’s the food. Iran has some famous traditional dishes and snacks that we’re looking forward to trying, both sweet and savoury. Each region has its specialities and we’ve heard that camel meat is eaten in the desert villages, which we’ve never tried.

One of the things I’m so excited to sample is a dessert called maajun – banana, ice cream, walnuts, pistachios, honey and cream are all blended together to create one of the best sounding sweets ever! The fresh fruits, nuts and spices of Iran sound fantastic as well: pomegranates, dates, figs, walnuts, pistachios, saffron and cardamom are just some of the things we’re looking forward to. We can’t wait to try the pomegranates in Iran

We’ll be spending 32 days in Iran and from what we’ve heard and what we’re picturing in our minds, it won’t be enough time. We have high expectations for this controversial country and I’m sure it won’t disappoint.