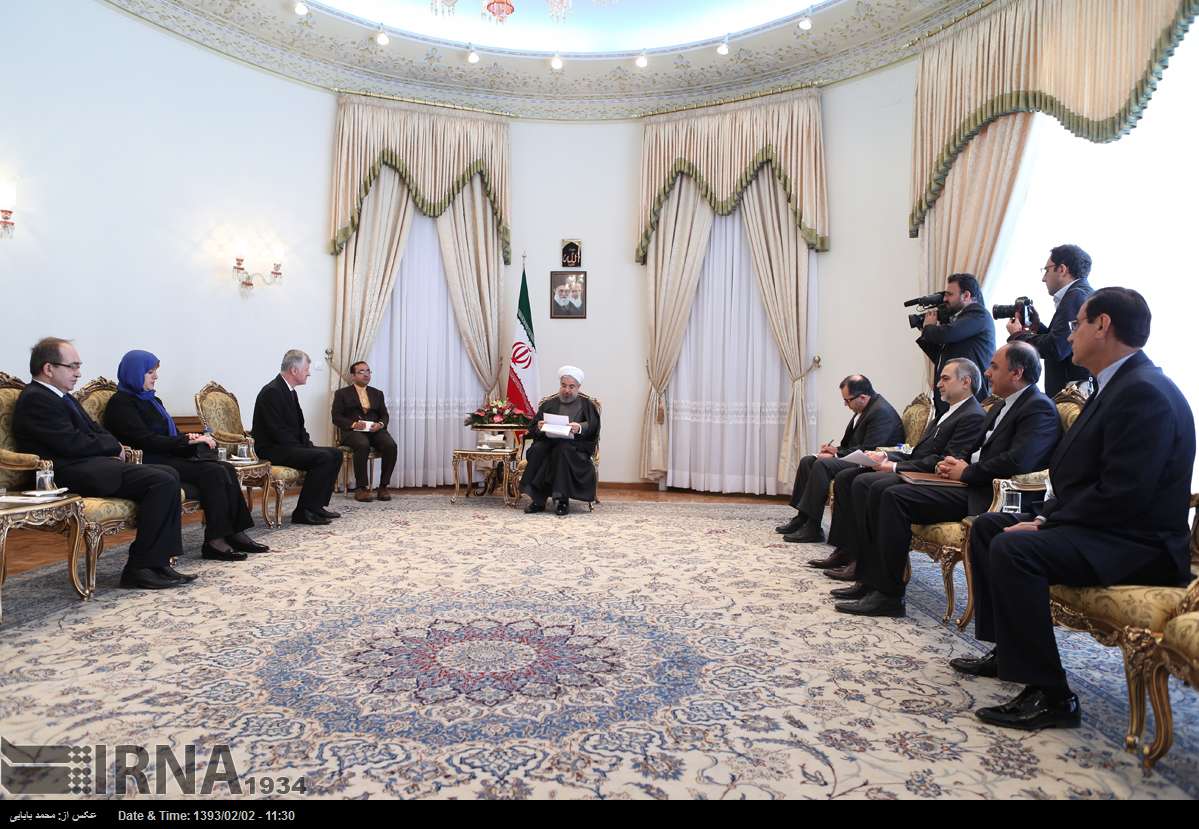 Receiving the new Cypriot Ambassador to Iran, Andreas P. Kouzoupis, the president underlined that there are no obstacles to enhancement of ties between the two countries.

He called for more cooperation in a bid to develop bilateral relations in economic, cultural, scientific and tourism areas.

The president also pointed to Cyprus’s EU membership and the recent improvement of Iran-EU relations, hoping that with the comprehensive resolution of the nuclear issue in the coming months, Tehran’s ties with the EU member states will get a greater boost.

He further praised the Iranian government’s stances and prudence in its efforts for resolution of the nuclear issue with the sextet of the world powers.

They wrapped up their latest round of high-level nuclear talks in the Austrian capital, Vienna, on April 9.

There will be a fresh round of high-level talks between the two sides beginning on May 13 in Vienna.