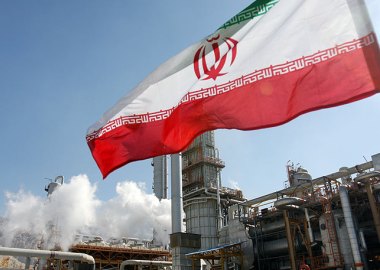 Despite lifting the ban on import by EU countries of Iran’s petrochemical products, these products have found surprisingly African markets.

DM: Armed Forces prepared to defend Iran under any conditions

Iranian Defense Minister Brigadier General Hossein Dehqan underlined that the country is now enjoying the best military force with unique features, who are fully prepared to confront any possible enemy threat and aggression under any conditions.

Cuba sides with Iran at UN meeting over ambassador dispute

Cuba piped up to side with Iran at the UN Committee on Relations with the Host Country meeting where Iran formally protested – and the United States defended – the decision by the Obama administration to bar Iran’s new UN Ambassador pick from US soil.

Iran’s Foreign Minister Mohammad Javad Zarif says the five littoral states of the Caspian Sea have agreed to prevent the presence of foreign powers in the body of water.

Petroleum Minister Shahid Khaqan Abbasi has categorically denied any external pressure on Pakistan-Iran gas pipeline or the proposal to revoke the project.

Iranian President Hassan Rouhani on Tuesday said the country firmly seeks to connect its railway line to that of Georgia via the Republic of Azerbaijan.

The 31st edition of Tehran International Short Film Festival will be held in Tehran province from October 14-20, 2014.

India more than doubled its crude oil imports from Iran last month from a year ago as sanctions have eased on Tehran, official data show.