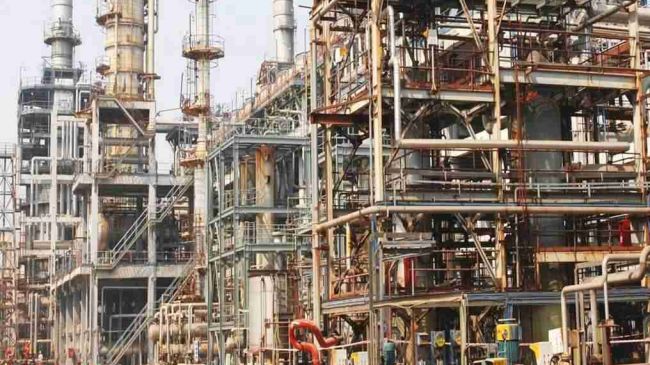 The MRPL refinery in the Indian state of Mangalore. (File photo)

India more than doubled its crude oil imports from Iran last month from a year ago as sanctions have eased on Tehran, official data show.

The figures released on Tuesday indicated that India imported 387,000 barrels per day (bpd) of oil from Iran in March.

The statistics also showed that crude shipments from Iran in the first quarter of 2014 rose about 43 percent from the same period last year.

India imported around 358,000 bpd of Iranian crude in the first quarter of this year.

India is among Asia’s major importers of energy, and relies on the Islamic Republic to meet a portion of its energy requirements.

Iran’s Deputy Oil Minister Mansour Moazzami said recently that Iran had raised its crude oil exports to 1.2 million bpd, up from 700,000 last year, as US-led sanctions have relatively eased against Tehran due to a nuclear accord signed late last year.

The International Energy Agency (IEA) said recently that Iran’s crude oil exports in February soared to 1.65 million barrels per day (bpd), the highest since the West imposed sanctions on Tehran in June 2012.

In its monthly report released on April 11, the IEA said Iran’s February oil exports were up 240,000 bpd month-on-month, a development stemming from Iran’s nuclear deal with six world powers.