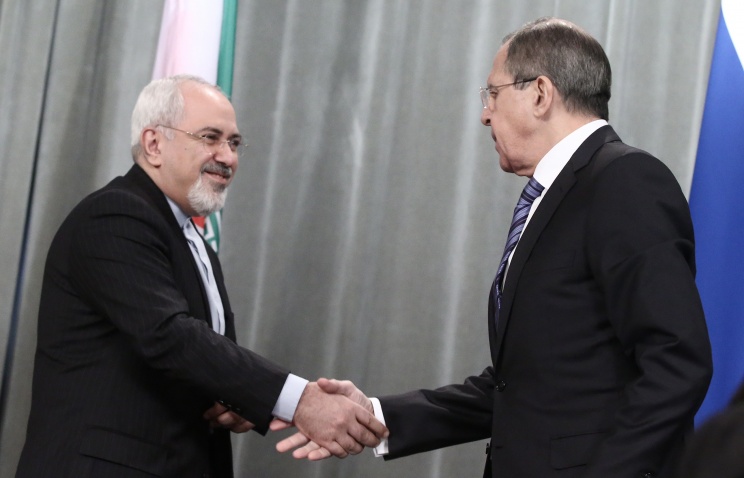 MOSCOW, April 22. /ITAR-TASS/. Russian and Iranian Foreign Ministers Sergei Lavrov and Javad Zarif are discussing in Moscow the Iranian nuclear program and regional security issues. The ministers met on the sidelines of a conference of the Caspian littoral states’ foreign policy chiefs.

“It’s a good opportunity to exchange view on how our co-operation is developing,” Lavrov said. “In particular, on the Iranian nuclear problem issues, as well as on regional security in the Middle East, in Central Asia, in the Caucasus. I hope for a productive conversation.”

Zarif for his part expressed the hope that the Caspian summit in Astrakhan that will be held this autumn will be a success. “I hope to discuss regional matters and the fight against terrorism,” the Iranian foreign minister said. “We have an extensive agenda and it is expanding.