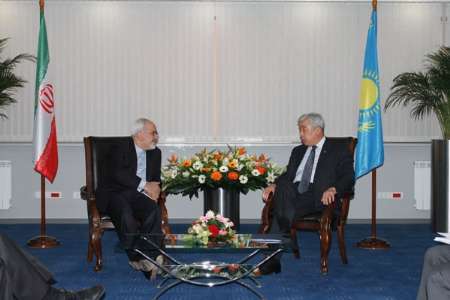 Moscow, April 22, IRNA – Foreign Ministers of Iran and Kazakhstan here on Tuesday underlined the need for further boost in all-out ties between the two countries.

The meeting took place on the sidelines of the ongoing foreign ministerial meeting of the Caspian Sea littoral states.

They further exchanged views on certain regional issues such as those related to the Caspian Sea.