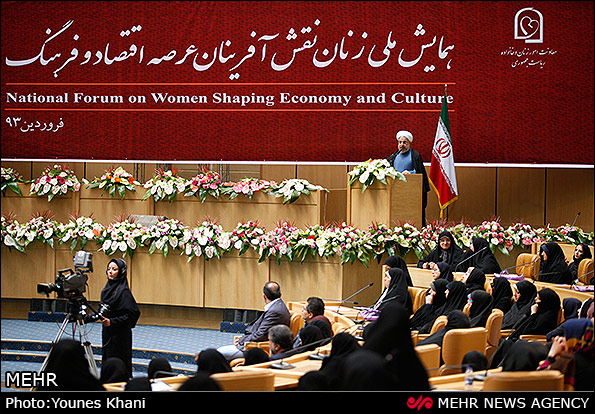 TEHRAN, April 21 (Bernama) — Iranian President Hassan Roihani said the country will not achieve progress unless due attention is given to women, noting that there were still many shortcomings regarding the issue of women’s rights, Iran’s Mehr News Agency (MNA) reported.

“Moderation, prudence, and hope will not be established in the country without women’s contribution,” Rouhani told a gathering of women professionals here Sunday in conjunction with the anniversary of the birth of Hazrat Fatima (SA), the daughter of Prophet Muhammad (PBUH), which is also Women’s Day in Iran.

Rouhani said that according to the tenets of Islam, neither is man the first gender, nor is woman the second gender.

“Man and woman are not the opposite of each other. Women are side by side with men and have the same human dignity and position.”

He added that women have suffered cruelty in previous eras and in the modern era, although concrete steps have been taken since the victory of the Islamic Revolution to improve women’s condition in Iran.

He rhetorically asked why “some people think the presence of women is a threat,” adding that efforts should be made to ensure that women feel safe in society, in the street, and everywhere else.

“Is it possible to put (women) in a corner and sideline the role of half of the society? Women should enjoy equal opportunities, security, and social rights,” he said.

“We will not accept the culture of gender discrimination, especially against women,” Rouhani added.