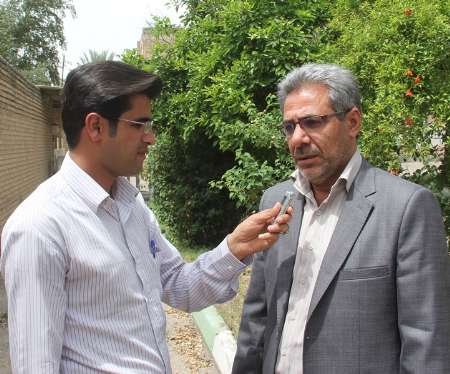 Iraqis to cast votes in elections in 10 Iranian provinces

Susa, April 20, IRNA – Director General of Khuzestan province for foreign citizens and emigrants said that parliamentary elections in Iraq will be simultaneously held in 10 provinces of Iran, where Iraqis are living.

In the elections, Iraqi citizens cast their ballots for electing 328 parliamentary deputies.

Silavi continued that 8,700 Iraqi citizens are living in Khuzestan province, more than 4,470 of whom are eligible to vote.

Parliamentary elections in Iraq will be held on April 30, 2014.

This elections will be held in 10 different world countries simultaneously.

In the elections, more than 9,000 candidates compete with each other.

More than 18 million people are eligible to cast their votes in the elections.