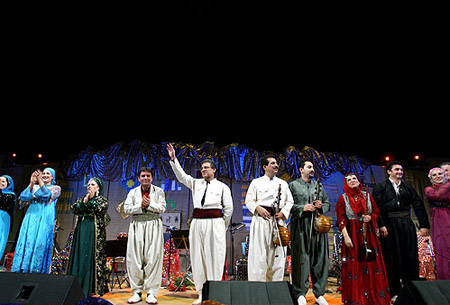 Tehran, April 21, IRNA – The Iranian Kurdish ensemble, the Kamkars plan to hold concerts in the Iraqi cities of Arbil and Sulaymaniyah during April 30 – May 6, 2014.

Behjat Yahya, Iraqi vocalist, will perform some of his pieces in the concert.

The kamkars will present some of their works as well as a number of rearranged folklore pieces, with the first part of the concert pertaining to traditional- and the second part to Kurdish music.

The Kamkars are among the renowned kurdish and Persian traditional music ensemble.

They have staged many international performances including one in the World Music Expo, an international world music support and development project based in Berlin in Germany, and on the sidelines of the Nobel Prize Award ceremony.