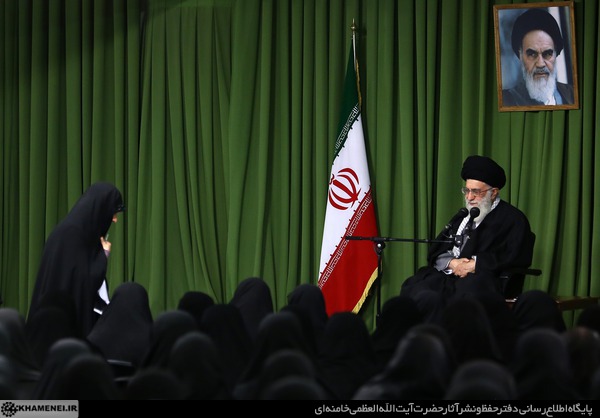 Leader of the Islamic Revolution Ayatollah Seyyed Ali Khamenei says the West’s approach to women and their issues is profoundly deviant.

Addressing hundreds of Iranian women on Saturday, the Leader noted that the West’s materialistic approach to universe and the world is the root cause of “profound deviation” in Western ideas about women.

Ayatollah Khamenei stated that “the westerners have, for a variety of reasons, misunderstood the issues of women,” but have succeeded through their propaganda machine to promote their “incorrect and destructive understanding” of women throughout the world while suppressing any opposite voice.

The Leader also slammed the West for its instrumental use of women in economic issues, and its humiliation of women by making them means of satiating men’s carnal desires.

Ayatollah Khamenei then criticized West’s allegations about “gender equality between men and women,” saying, “Equality is not always the same as justice; justice is always right, but equality is sometimes right and sometimes wrong.”

The Leader also criticized theoretical foundation of many international conventions, noting that the West’s insistence on maintaining such erroneous foundations is cause of corruption in human society.

The Leader emphasized that the most important issue for women is the sense of security and peace of mind that women find within families, adding that all obstacles depriving women of their sense of security should be identified and removed.