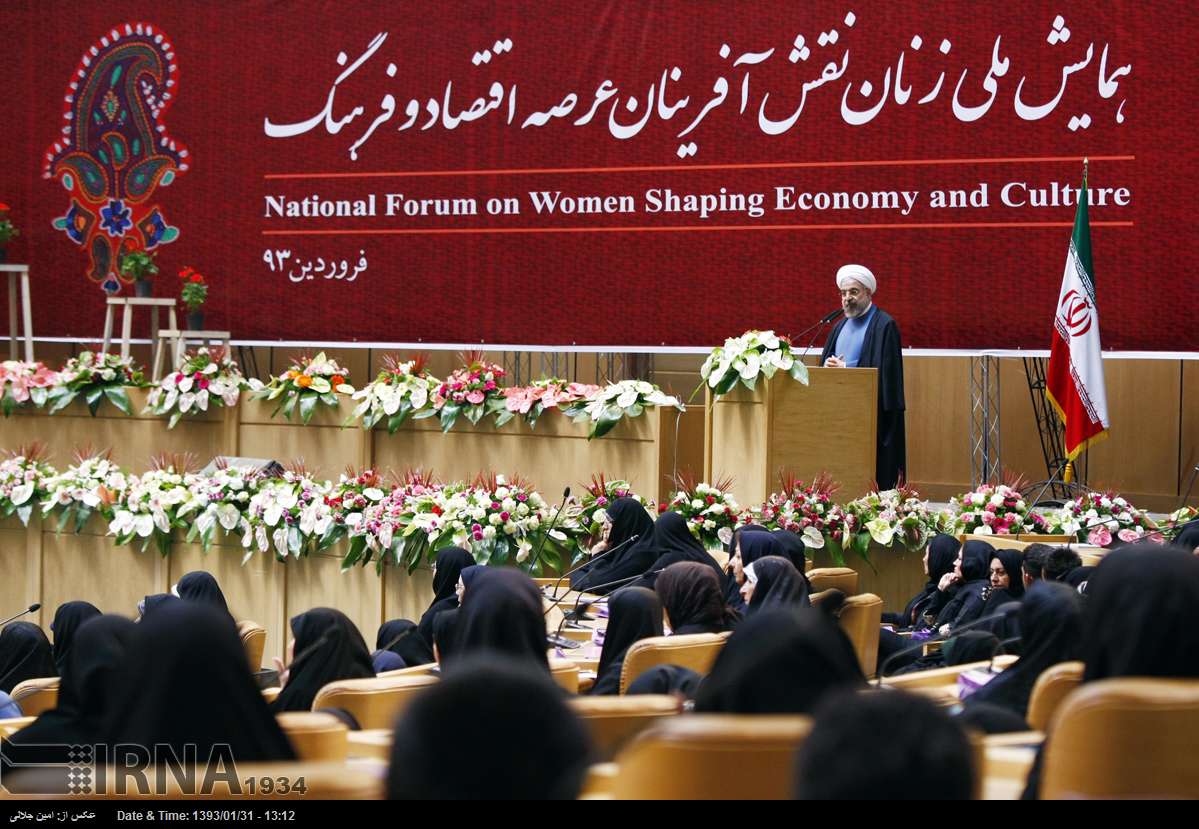 Tehran, April 20, IRNA – President Hassan Rouhani here on Sunday praised the role of Iranian women in the society and said their presence in all social areas was a blessing.

The President made the remarks while addressing a gathering to celebrate the national Women’s Day which coincides with the birth anniversary of the beloved daughter of the Holy Prophet of Islam, Hadrat Fatemeh.

The gathering was held to honor a number of elite women in the country who have accomplished brilliant achievements in economic and cultural areas.

He referred to Hadrat Fatemeh as a role model for all women worldwide and said she served as the embodiment of bravery, justice-seeking spirit, defending the right and love.

Outlining the Islamic beliefs regarding women, the President said Islam believes that men and women enjoy human dignity to the same equal degree.

He further pointed to the role of Iranian women in the victory of the 1979 Islamic Revolution and said the Founder of the Islamic Republic, the late Imam Khomeini, enhanced the social status of women by letting them enter society while keeping their modesty and hijab.

President Rouhani further briefed the audience on the very important steps taken in post-revolution era to promote rolew and lives of women in Iran.