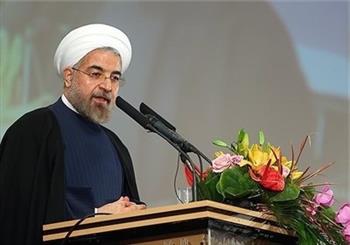 On the occasion of the National Mother’s Day, the conference opened in Summit Conference Hall with Rouhani and his deputy for woman affairs and other women dignitaries including parliamentarians today morning.

Among the famous women figures were widows of martyrs, the wives of government ministers, Zahra Mostafavi, daughter of late Imam Khomeini (RA), and Sahebeh Rouhani, wife of the president and Iran’s First Lady.

Before the president had opened the ceremony, Shahindokht Mowlaverdi delivered a report of the activities of the cabinet on women issues.

Hossein Fereidoun and Mohammad Nahavandian, and Tehran’s Provincial governor company the president in the ceremony.