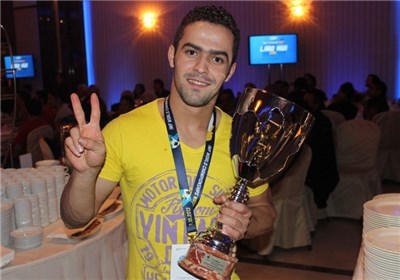 TEHRAN (Tasnim) – Iran’s Jaber Behrouzi claimed a gold medal after Firidun Guliyev has been stripped of his medal for violating anti-doping rules in the 27th Summer Universiade.

The Azerbaijani weightlifter won the gold medal in the competitions, which was held in Kazan, Russia from July 6 to 17, 2013.

The 69kg lifter seized the gold with a total of 323kg but has been stripped of his title after was banned from international competition by the International Weightlifting Federation for two years because he failed a doping test for steroids.

For that reason, Guliyev was ordered to return his gold medal to Jaber Behrouzi, who finished in second place with a total of 322kg.