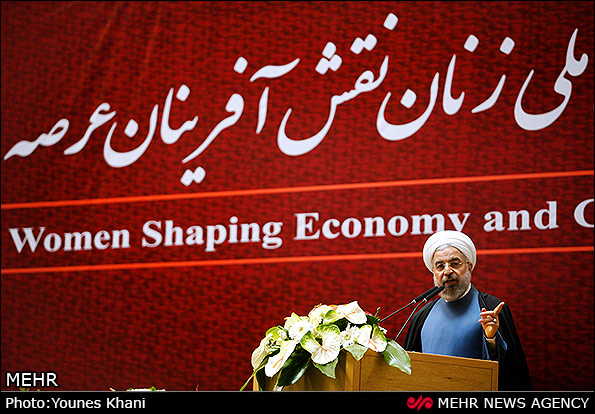 Tehran: Iran’s President Hassan Rouhani admitted Sunday that women in his country still face discrimination and cultural barriers but he insisted they are not universally treated as second-class citizens.

In a speech marking Women’s Day in Iran, Rouhani, seen as a moderate reformer, indicated more had to be done but he said the West did not offer a model that had to be followed.

“I, as the head of the government, confess there are still so many deficiencies with regards to the vindication of women’s rights,” Rouhani told a conference attended by members of Iran’s female elite, in remarks that were warmly applauded.

“Based on the Islamic criteria, we neither consider men as the first sex nor the women as the second sex … they both have the same human dignity and none is superior,” he added.

Among the criticisms levelled at the Islamic Republic is a ban on women travelling abroad without official permission. Within the country, many hotels will not allow a woman to check into a room if she is alone.

And under the Islamic Sharia law practised in Iran, a woman’s evidence is considered to have only half the value of a man’s, which Amnesty International says leads to discrimination in divorce proceedings, child custody disputes and inheritance.

Rouhani’s remarks are consistent with his promise of more social freedoms, a cornerstone of the campaign that gave him a surprise victory last June in the country’s election.

The softly spoken president has the backing of reformists, moderates and some conservatives in the Islamic Republic.

Arguing that it was misguided to think a woman’s place should be limited to the home, he questioned why “some people think the presence of women is a threat?”, noting that women are the guardians of their own moral standards, not men.

“Is that possible to corner and marginalise the role of half of the society? Women should enjoy equal opportunities, security and social rights,” he said.

“We will not accept the culture of sexual discrimination especially for women.”