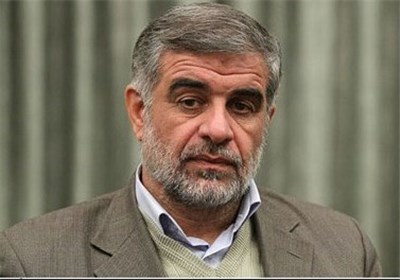 Iranian MP calls for ban on supporters of terrorism in Syria

TEHRAN (Tasnim) — A member of the Iranian parliament’s National Security and Foreign Policy Commission called on the country’s government to impose sanctions against countries supporting terrorist groups in Syria.

“As a countermeasure, the (Iranian) Foreign Ministry should impose sanctions on criminal leaders, supporters of terrorists and those who are behind the tragic events underway in Syria and massacre of innocent men and women and children,” Mohamad Saleh Jokar told the Tasnim News Agency on Saturday.

He blasts westerners’ claim about advocating human rights, and said, “Today, they (the westerners) raise the issue of human rights and its violation, but in fact the most important human rights violations are being committed by these western and European countries.”

Iran’s foreign ministry has called on foreign countries to stop supporting terrorists in Syria. It has also underlined that campaign against terrorism should be top on the agenda of any regional or international conference on Syria.

Syria’s war that started in 2011 has killed over 130,000 people so far and forced more than 2 million to flee abroad. Another 4 million have been displaced inside the country.