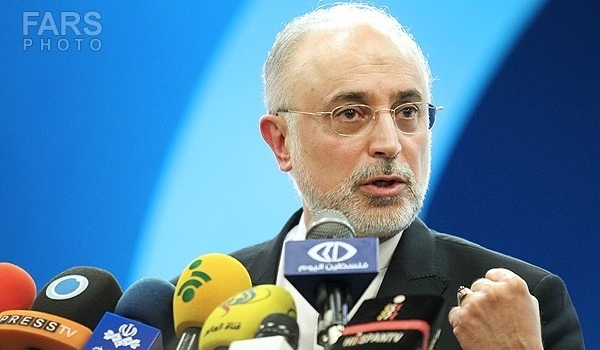 The dispute between Iran and six major world powers over Arak heavy-water reactor has been virtually resolved, says Ali Akbar Salehi, the director of the Atomic Energy Organization of Iran (AEOI).

Salehi said in an interview on Saturday that Tehran had proposed to the Sextet to redesign the Arak reactor in order to decrease the amount of plutonium production by one fifth.

The proposal had been welcomed by the other parties, the AEOI chief added.

Salehi also made comments about Parchin military site, saying Iran has “no problem” with a visit to the site by the International Atomic Energy Agency (IAEA) if it offers a “logical reason and conclusive evidence.”

“We still don’t know why they want to visit Parchin for a third time despite two visits to the site [earlier],” Salehi said, adding, “The say they have some information [about the site] and we have told them to pass the information to us to make sure about its validity, which they have refused to do so far.”

Earlier in the day, Iranian Deputy Foreign Minister Abbas Araqchi said the next round of expert-level talks will be held in New York from May 5-9.