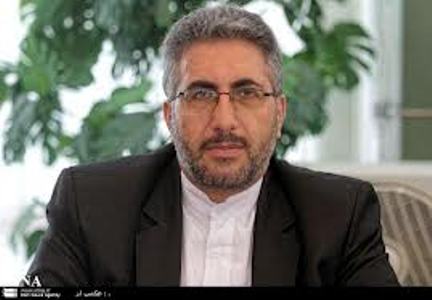 He told IRNA that the western party to the Geneva deal can not manipulate draft of the comprehensive agreement to undermine Tehranˈs rights enshrined by the Non-Proliferation Treaty.

The Geneva interim nuclear agreement is non-binding and can not be used as a legal tool to force Tehran to halt parts of its peaceful nuclear activities, the senior lawmaker added.

He underlined that Iranian nuclear activities are under the NPT rules and regulations and Tehran will not accept any demand beyond it.

The West should accept Iranˈs right to enrich uranium since it has accepted Tehranˈs right for peaceful use of nuclear energy, Esfanani noted.

On 24 November 2013, the Geneva interim agreement, officially titled the Joint Plan of Action, was signed between Iran and the P5+1 in Geneva, Switzerland.

It consists of a short-term freeze of portions of Iranˈs nuclear program in exchange for decreased economic sanctions on Iran, as the countries work towards a long-term agreement.

Implementation of the agreement began 20 January 2014.

Representatives of Iran and Group 5+1 have agreed to work out drafting the Comprehensive Agreement on nuclear dispute by July 20, the deadline to lift the sanctions on Iran.

The sanctions on Iran under the false pretext of the nuclear program cost several hundred billion dollars over the past three years.

Washington orchestrated the sanctions despite there had been no substantive evidence on diversion from the civilian program.

The Iranian government reserves the right to take legal action with the International Court of Justice in The Hague to seek compensation from the US Administration for inflicting several hundred billion dollars damages on Iranian economy.