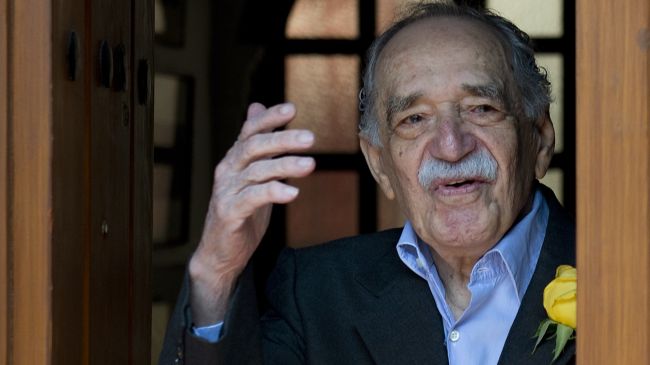 The Colombian Nobel literature laureate Gabriel Garcia Marquez dies at the age of 87 in Mexico on April 17, 2014.

The Colombian Nobel literature laureate Gabriel Garcia Marquez has died in Mexico at the age of 87, his family and officials have said.

“Gabriel Garcia Marquez has died,” a spokeswoman for the family, Fernanda Familiar, said on Thursday.

“[His wife] Mercedes and her sons, Rodrigo and Gonzalo, have authorized me to provide the information. Such deep sadness,” she added.

“We’re left with the memories and the admiration to all Colombians and also Mexicans, because I think Gabo was half Mexican and half Colombian. He’s just as admired in Mexico as he is in (his native) Colombia, all of Latin America and throughout the world,” Ortiz stated.

The cause of Garcia Marquez’s death was not immediately known, but the literary giant was recently treated for infections and dehydration at a hospital in Mexico City.

Garcia Marquez, known by his nickname “Gabo” throughout Latin America, was a journalist, novelist, screenwriter, playwright, memoirist and student of political history and modernist literature.

The author, who won the Nobel Prize for Literature in 1982, is known for bringing Latin American literature to a global audience in the second half of the 20th century together with famed author Carlos Fuentes.

The works of the founder of magical realism include his masterpiece “One Hundred Years of Solitude” as well as “Love in the Time of Cholera” and “Chronicle of a Death Foretold”.

“One Hundred Years of Solitude,” which was published in 1967, weaves together the misfortunes of the fictional Buendia family, whose patriarch founds the town of Macondo, a lush settlement based on the author’s birthplace on the Caribbean coast of Colombia.

The book has been translated into more than 35 languages and has sold by some accounts, more than 50 million copies.

Garcia Marquez was living in Mexico City for more than three decades.