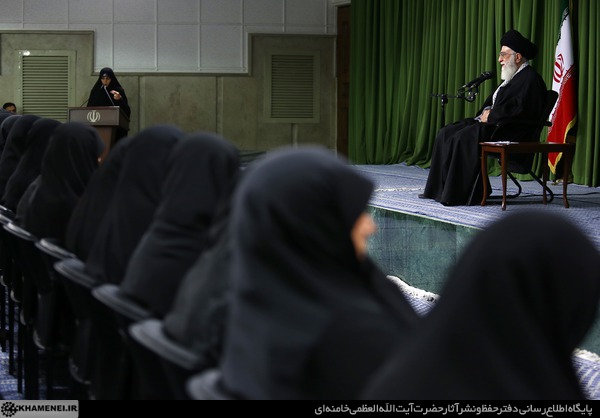 Leader addresses the meeting of a group of ‘women intellectuals’

TEHRAN, April 19 (MNA) – On the eve of the birth anniversary of Fatima al-Zahra (sa), the Leader of the Islamic Republic has met with a group of women intellectuals today morning.

Ayatollah Khamenei believed that the important issue was to investigate factors which damage the peace of mind of women at home. “If women do not feel secure and at peace at home, they could not succeed in their maternal roles of managing family. This is the main issue,” said the Leader.