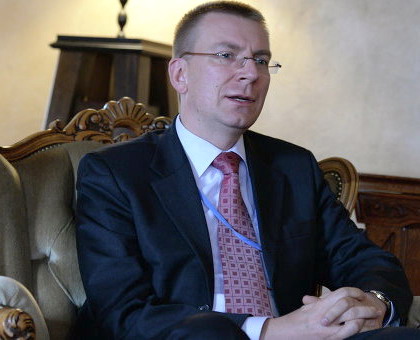 Latvian FM due in Tehran soon

London, April 18, IRNA — Latvian Foreign Minister Edgar Rinkevich will pay an official visit to Iran in the near future to discuss bilateral ties with senior Iranian official, including his counterpart.

Several Latvian businessmen and economists will accompany Rinkevich during his stay in Tehran.

Latvia, Estonia and Lithuania are the Baltic group of states. Latvia is also a member of the European Union (EU) and the North Atlantic Treaty Organization (NATO). It joined euro countries since the beginning of 2014.

Rinkevich is the first senior Latvian official to visit Iran since independence of that country in early 1990s.