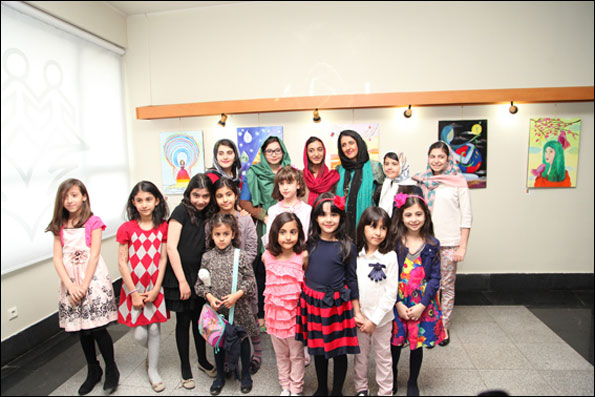 Tara Behbahani, the main organizer of the event told Mehr News that the two days of exhibition had earned $ 13, 840, which he evaluated as ‘record-breaking in its own type.’

Behbahani also added that the exhibition was being held for 8 consecutive years to “bring hope and support to cancer patients in the Institute,” and that the visit by 1400 people of the exhibition indicated the public zest for the charity-minded exhibitions and general art.

He believed that the exhibition had found special place among the artistic community and art lovers. “The participants are trained according to my innovative method of painting since 2006,” said he.

The catalogue of the exhibition reads romantically that “travelling to farther lands is the wish of many Iranian children; what are tributes of this land and or who live in these lands are born out of the imagination of these children. That the imagination of these children creates marvels and magic, is quite interesting; however, doubtless to say that, where the cancer children wish to travel is free of any illness, vicissitudes, and maladies.”