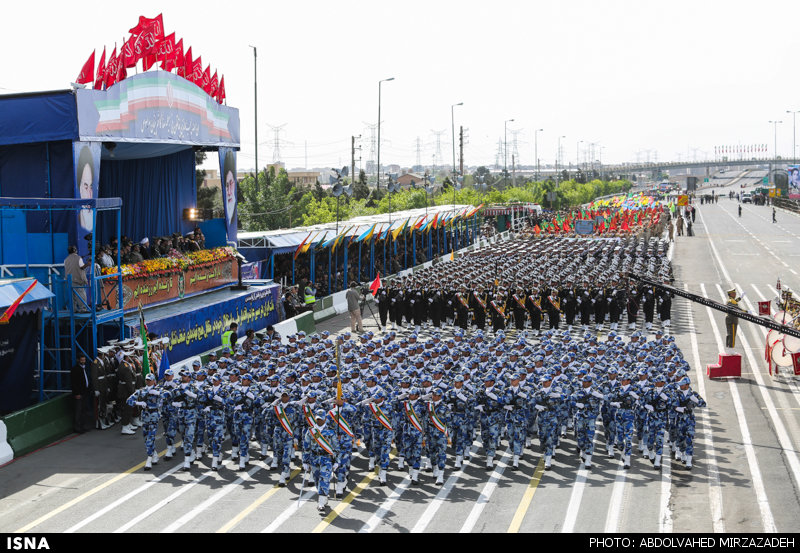 Tehran, April 18, IRNA – Iranian Armed Forces are a symbol of peace but at the same time they are strong enough to give crushing response to any possible aggression, Iranˈs President Hassan Rouhani said on Friday.

Speaking at a ceremony marking National Army Day in Tehran, he noted that the Iranian army is strong, progressive and self-sufficient.

Iranˈs defense doctrine is based on logic and peaceful interaction with the world, the president added.

He asserted that Tehran has never launched aggression against other countries over the past two centuries but is ready to give crushing response to any possible aggression.

Iranian Army is symbol of Islamism as well as patriotism but in the meantime, it is also an army that guarantees security in the region and regional states can rely on its help to secure regional stability.