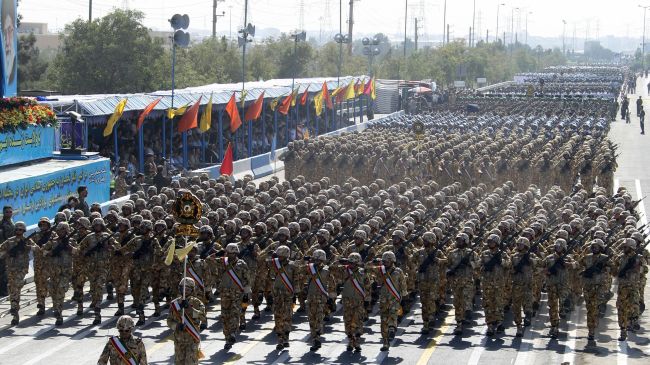 Units from Iran’s Armed Forces are holding parades across the country to mark the occasion of the National Army Day.

A special ceremony is underway in the vicinity of the mausoleum of the late founder of the Islamic Republic, Imam Khomeini, in southern Tehran.

In a statement on the occasion, the Iranian Defense Ministry said the deterrent capability and full defense preparedness of Iran’s Armed Forces will safeguard the country’s security and disappoint enemies.

It added that the Iranian Armed Forces will give a crushing response to any act of aggression against the country.

The country’s latest defense achievements are scheduled to be showcased on the day, which marks the establishment of the Islamic Republic of Iran’s Army.

Commander of Khatam al-Anbiya Air Defense Base Brigadier General Farzad Esmaili told reporters on Friday that several indigenous military equipment will be put on display during the parades, including the Arash long-rage radar system, which can be used in electronic warfare, as well as the Ghaffar missile simulator system.