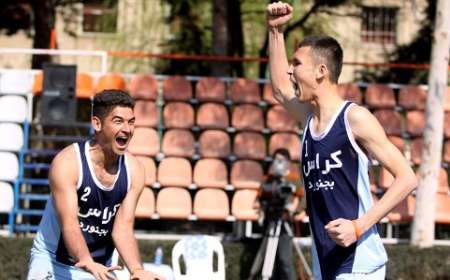 Tehran, April 16, IRNA – Iranˈs beach volleyball team defeated New Zealand in the Asia-Pacific finals in Thailand on Wednesday to win the title of championship of the competitions.

The Iranian team earlier defeated teams representing India, Japan, The Philippines, New Zealand, Australia and Kazakhstan to advance to the finals where it faced the most powerful teams of the two continents and was crowned as champion of the Asia-Pacific.