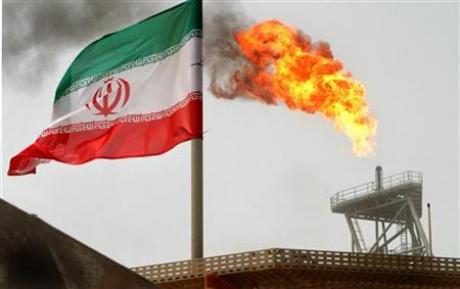 NEW DELHI: India’s imports of Iranian crude tumbled about a fifth in the fiscal year ended in March, despite a surge of shipments in recent months that came after a deal easing sanctions on Tehran.

The Geneva agreement struck between Iran and six world powers in November and implemented for six months from Jan. 20 eased some restriction on Tehran’s oil trade in exchange for curbs to its nuclear programme.

India, the world’s fourth-biggest oil consumer and Tehran’s top client after China, imported around 358,000 barrels per day (bpd) in the first quarter, up nearly 43 percent from a year ago, according to tanker arrival data obtained from trade sources and compiled by Thomson Reuters Oil Analytics.

Even with the surge over the January-March quarter, India’s oil purchases in the year to March 31 dropped 16.5 percent to 222,000 bpd, the tanker data showed.

India and other clients of Iran, including China, Japan and South Korea, were forced to cut their oil imports after toughened sanctions were placed on Tehran in 2012.

The measures cut Iran’s oil exports in half and slashed its revenues, and according to the West, were the primary reason the OPEC member agreed to curbs on its disputed nuclear programme.

The tanker arrival data was confirmed by a senior government official who said Indian refiners had loaded 10.7 million tonnes, or 214,000 bpd, of Iranian oil in 2013/14, down about 18.6 percent from the previous year.

Arrival and loading data differ as a voyage from Iran to India normally takes seven to eight days.

Indian refiners had contracts with Iran to buy about 185,000 bpd in the year to March 31, lower than government targets because Hindustan Petroleum Corp Ltd did not renew its annual term deal with Tehran last year. Private refiner Essar Oil and Mangalore Refinery and Petrochemicals Ltd had a deal to buy 80,000 bpd each from Iran in the last fiscal year.

State-owned Indian Oil Corp signed for the other contracted term volumes of 25,000 bpd. Essar bought about 105,400 bpd, 32 percent higher than its contract, while MRPL shipped in 83,800 bpd, said the official.

They (Iran) are offering better deals than others in the Gulf,” the official said.

Essar Oil officials did not respond to an e-mailed request for further details. Iran has been offering free shipping and discounts on crude sales to Indian refiners to boost its exports. Iran’s share of Indian crude imports dropped to about 5.7 percent in 2013/14, the tanker data showed.

Iran accounted for about 16.4 percent of India’s oil import in 2008/09 and 7.3 percent a year ago, according to the government source. Iran is now India’s seventh largest crude supplier, down from sixth a year ago, the tanker data showed.

Overall, India imported about 3.9 million bpd in the year ended March 31, up about 6 percent from the previous fiscal year, the tanker arrival data showed.