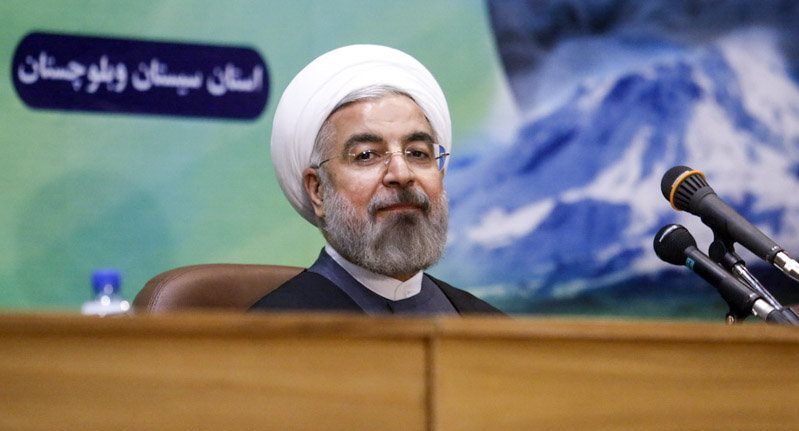 TEHRAN (ISNA)- Iranian President Hassan Rouhani reiterated that the country and the five permanent members of the UN Security Council plus Germany can reach a final agreement in six month.

“Today, everybody believes that reaching a final agreement is possible during the six months. Off course, we face tough issues, but thank God some progress have been made and if it continues, we can have an agreement in the 6 months,” he said in his speech in southeastern Sistan and Baluchestan Province, referring to the 6-month time frame agreed by Iran and G5+1 during which Iran agreed to limit its nuclear program in return for relief in certain western sanctions.

“This means lifting all sanctions and establishing monetary and financial ties with the entire world,” he added.

Foreign investment in Iran has been easier and it could be a good opportunity, President Rouhani said.

Iran and the Sextet of world powers clinched a landmark interim deal in the Swiss city of Geneva on November 24, 2013.