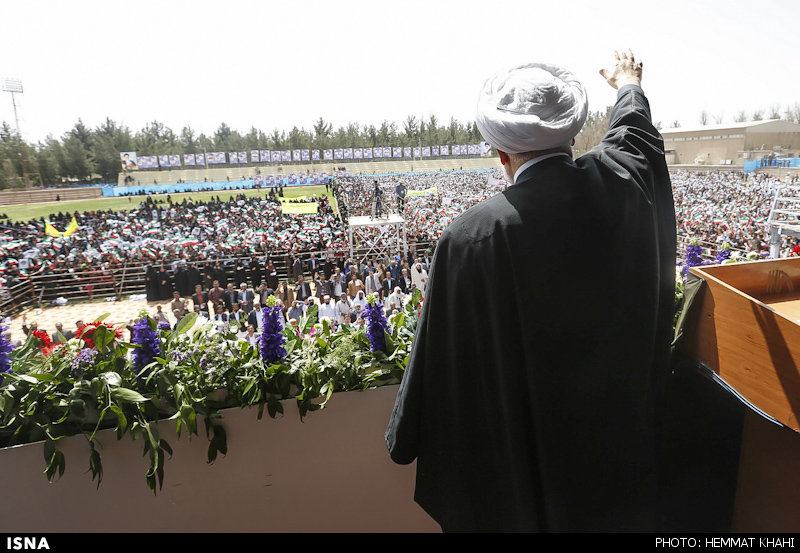 Hassan Rouhani said that in the Islamic Republic of Iran’s Constitution there was no difference among the different ethnics and religious sects and “there is no 2nd citizen in Iran but meritocracy works in Iran.”

Rouhani asserted that he was pleased to see Shiites and Sunnis among the government officials and both women and men managers worked together there.

President offered all Iranian nations’ gratitude to all Shiite and Sunni officials and tribal leaders who helped the guards’ release.

President pointed to his government ‘feat’ as preliminary steps to remove sanctions. “ today, we see that part of sanctions is removed, and more important, the world recognized Iran’s right to enrichment and other nuclear rights, which is conceded in Geneva deal with Powers,” he added.

“We will go forward step by step in negotiations and will show the world that what had been said about Iran was mere lies,” Rouhani told the public, who swarm the streets to greet the president. “Relying upon Heavenly support, we will develop the technology to break the cruel sanctions, and will see development and boom in the country especially in Sistan and Baluchistan.”