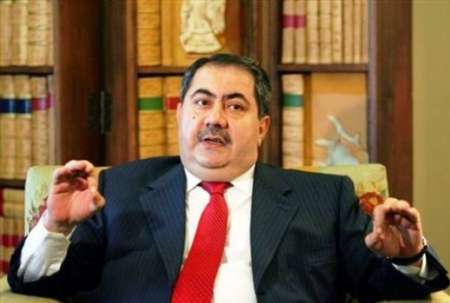 Speaking to the Tasnim News Agency, Mousavi rejected reports claiming that the Iraqi prime minister is scheduled to pay a visit to Iran in the near future.

He said Zebari plans to visit Iran in the near future but the exact date of the visit has not been determined yet.

He also called Tehran-Baghdad ties as close and said, “Iran is important to Iraq and we want to expand bilateral relations in all spheres.”

Earlier, Head of the Islamic Supreme Council of Iraq Ammar al-Hakim met with Iranian Minister of Justice Mostafa Pour-Mohammadi in Baghdad on Saturday.

During the meeting, al-Hakim emphasized the importance of Iran’s role in the regional developments, and called for the expansion of Tehran-Baghdad ties in all areas.

Pour-Mohammadi, for his part, touched upon the active presence of Iraq’s political parties in the upcoming parliamentary elections, and expressed the hope that the election would promote democracy in the country.

Hoshyar Zebari, Hoshyar Zebari visit to iran, Iran-Iraq ties, Iraq’s Foreign Minister, Quoted April 15, 2014
Iran would not be a competitor for markets against Russia
Moviemakers portray Aviny’s life in “Image of the Pen”