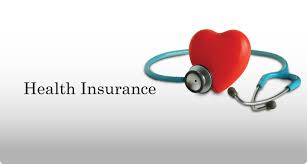 Health insurance for all by March 2016

Bandpei made the remarks in an interview with IRNA on Monday. He added $266.66m, which will be obtained from the implementation of the second phase of Subsidy Reform Plan, will be allocated for the purpose.

Bandpei announced that the registration process will start from April 21.

“Based on the health insurance plan, state hospitals will make all medical products available to patients,” he said.

“The Health Ministry’s Food and Medicine Organization allocated $666m worth of subsidies for medicines in the current Iranian year,” he said.

The official said the insurance plan will help reduce healthcare cost for families.

President Hassan Rouhani said on Saturday Iran should become a medical hub in the region and across the globe.

He added that his administration would pay more attention to healthcare and issues related to hospitals.

“Investment in public health will lead to a decline in the number of patients and the cost of treatment in hospitals,” he said.

Rouhani noted that the government will pay special attention to the health sector in the next year’s budget bill.