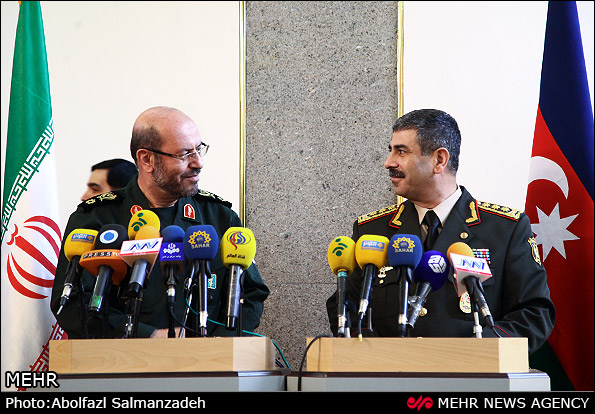 Azerbaijan would not allow invading Iran from its soil

TEHRAN, April 15 (MNA) – Azerbaijan’s defense minister has said the country would not allow any power to attack Iran from its soil.

Mehr News correspondent asked Zakirov whether Azerbaijan would be a stronghold for Israel in its possible air strike on Iran, as some enemy propaganda claimed, to which the Azeri minister responded that “in no time in history would any power use Azeri soil as platform to attack Iran,” which he believed, “Republic of Azerbaijan has reiterated this position in international and regional meetings.”