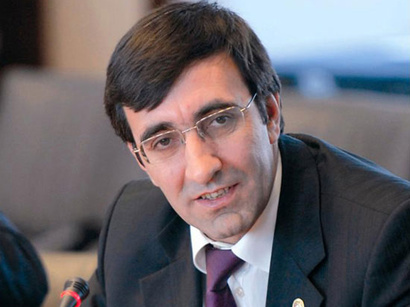 Turkish development minister due in Iran for talks

Yilmaz will arrive in Tehran on Tuesday at the head of a 100-member delegation of Turkish tradesmen and investors to attend the 24th meeting of Iran-Turkey Joint Economic Commission.

The Turkish minister will hold meetings with Iranian officials and also travel to the northwestern cities of Tabriz and Orumiyeh.

This will be the first time that a high-ranking Turkish trade delegation will pay an official visit to Iran after Tehran and Ankara signed a “preferential trade agreement” in late January in Tehran during Prime Minister Tayyip Erdogan’s trip.

On January 30, Iran’s Minister of Communications and Information Technology Mahmoud Vaezi, who is the Iranian head of Iran-Turkey Joint Economic Commission, held a separate meeting with Turkish Economy Minister Nihat Zeybekci and stressed that mutual trade should touch USD30 billion by 2015.

During his official two-day stay in Tehran, Erdogan sat down with senior Iranian officials, including President Hassan Rouhani, where the Turkish premier underlined Ankara’s resolve to bring its economic transactions with Iran to USD30 billion by 2015.

The Iranian president said that Tehran and Ankara can expand mutual relations in all economic sectors, including the construction of power plants and refineries as well as industrial, oil and gas cooperation.

He also called for boosting ties between the private sectors of the two countries in an effort to improve economic cooperation.