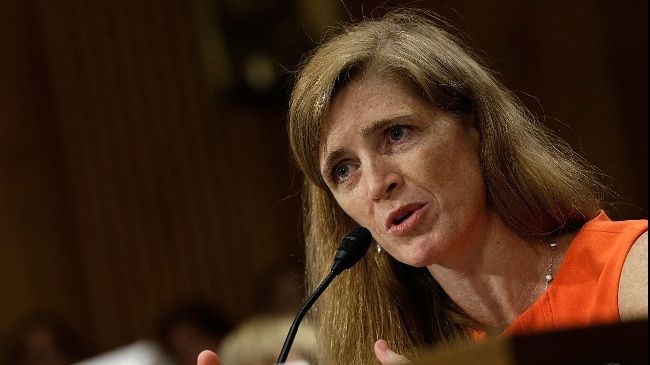 A senior US diplomat says Washington’s recent decision to deny a visa to Iran’s newly-appointed envoy to the UN has not affected nuclear negotiations between Tehran and six world powers.

In a Sunday interview with ABC News, US Ambassador to the UN Samantha Power said the issue of Washington’s visa denial to Iran’s appointee Hamid Aboutalebi has not had “any impact” on the ongoing nuclear talks between Iran and the P5+1 – the US, Russia, China, France, Britain and Germany.

“So far, we had talks just last week. We’ll have more high-level talks in the next month,” said the US diplomat, adding, “We have not seen this issue influence those [nuclear] talks in any way. And the urgency, of course, of that issue is plain to everyone.”

Iran and its negotiating partners are in talks in an effort to hammer out a permanent deal to resolve the decade-old dispute over Tehran’s nuclear energy program after they clinched an interim deal in Geneva, Switzerland, last November.

The announcement came a day after the US House of Representatives unanimously approved a legislation that prevents Aboutalebi from entering the US.

Iran has rejected the US decision as unacceptable and says it will follow up on the issue through diplomatic channels at the United Nations.

Washington says it is denying Aboutalebi a visa because he was involved in the takeover of the US embassy in Tehran during post-revolution incidents in 1979. Aboutalebi, however, says, he worked merely as an interpreter while negotiations were underway for the release of the embassy staff.