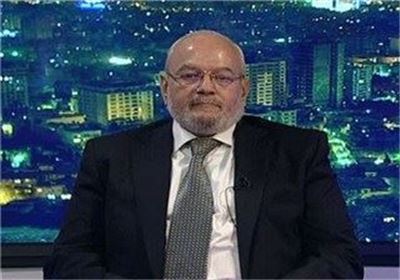 TEHRAN (Tasnim) – Iran and Egypt have the influence to alter the regional and even international developments in favor of the Islamic world through mutual cooperation, a former Egyptian lawmaker said on Sunday.

Resumption of diplomatic relations between Tehran and Cairo is of great significance in all aspects, Mohyeddin al-Qandour told the Tasnim News Agency Sunday.

Pointing to the great influence the two countries can exert over the regional developments,Qandour contended that Iran and Egypt can “change many regional and global equations in the Islamic world’s favor if they choose the path for partnership and cooperation.”

Qandour also touched upon Iran’s outstanding capabilities in the scientific and technological fields, saying Egypt can very well take advantage of Iran’s expertise to obviate its need for the trans-regional countries, such as the US.

Iran cut off its diplomatic ties with Egypt after the 1979 Islamic Revolution because Cairo had signed the 1978 Camp David Accords with the Israeli regime and offered asylum to Iran’s deposed monarch, Mohammad Reza Pahlavi.

In August 2012, former Egyptian President Mohammed Mursi visited Iran to attend a summit of the Non-Aligned Movement (NAM). This was the first visit of an Egyptian president to Iran in more than three decades.

The former Iranian president, too, traveled to Egypt in February 2013 to attend the 12th summit of the Organization of Islamic Cooperation (OIC). He was the first Iranian president to visit the Arab country in 34 years.

Also in March 2013, direct flights between two countries were reinstated.