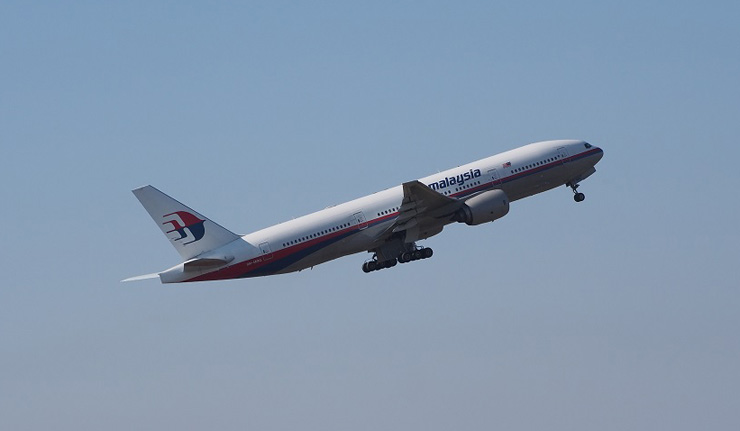 The co-pilot of missing Malaysian airliner MH370 attempted to make a mid-flight call from his mobile phone just before the plane vanished from radar screens, a report said Saturday citing unnamed investigators.

The call ended abruptly possibly “because the aircraft was fast moving away from the telecommunications tower”, The New Straits Times quoted a source as saying.

But the Malaysian daily also quoted another source saying that while Fariq Abdul Hamid’s “line was reattached”, there was no certainty that a call was made from the Boeing 777 that vanished on March 8.

The report titled a “desperate call for help” did not say who he was trying to contact, AFP reports.

Fariq and Captain Zaharie Ahmad Shah have come under intense scrutiny after the plane mysteriously vanished en route from Kuala Lumpur to Beijing with 239 people on board.

Investigators last month indicated that the flight was deliberately diverted and its communication systems manually switched off as it was leaving Malaysian airspace, triggering a criminal investigation by police that has revealed little so far.

The fate of flight MH370 has been shrouded in mystery, with a number of theories put forward including a hijacking or terrorist attack and a pilot gone rogue.

There have been unconfirmed previous reports in the Malaysian media of calls by the captain before or during the flight but no details have been released.

The NST report said that Flight 370 flew low enough near Penang Island on Malaysia’s west coast after turning off course for a telecommunications tower to pick up the co-pilot’s phone signal.

The phone line was “reattached” between the time the plane veered off course and blipped off the radar, the government-controlled paper quoted the second source as saying.

“A ‘reattachment’ does not necessarily mean that a call was made. It can also be the result of the phone being switched on again.”

Malaysia’s transport ministry said that it was examining the NST report and will issue a response, according to AFP.

The Malaysian government and media have repeatedly contradicted each other and themselves over details of the search and criminal investigation.