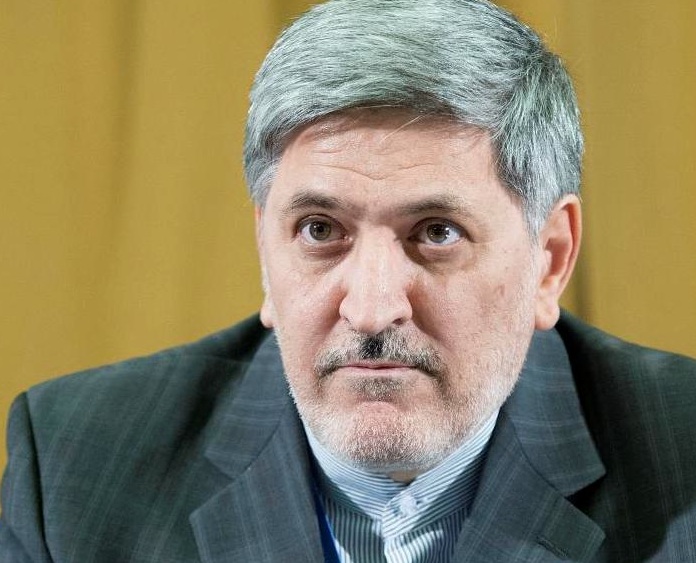 Iran thanks Pakistan for support at UN

ISLAMABAD: Iran has eulogized Pakistan’s position in the world body’s Human Right Council (HRC) and showed gratitude for the support that Pakistan provided it in the course of deliberations and other interactions in the council.

Highly placed diplomatic sources told The News here Friday that Iran’s envoy for the United Nations headquarters in Geneva, Mohsen Naziri, has written letter to his Pakistani counterpart Zamir Akram where he thanked Pakistan for its support.

The diplomatic observers have viewed the development as significant in the backdrop of recent allegations regarding Iranian security guards’ abduction in the bordering area of Pakistan which ultimately proved to be incorrect since the kidnapped guards were recovered from the soil of Iran.

The observers have also referred to recent joint naval exercises of Pakistan and Iran. The development has added significance in the wake of upcoming maiden visit of Prime Minister Nawaz Sharif to Iran scheduled for May 12 and it would continue for three days.

Sources said that Mohsen Naziri told Zamir Akram that he is very grateful for Pakistan’s support to Iran in the HRC and Pakistan’s consistent principled position. The sources reminded that it is about Pakistan’s strong opposition to Western resolution against Iran in the council. Pakistan has throughout been in principal against country specific resolutions. Pakistan always provided tough resistance to such moves and had been refusing to budge at the face of various pressures.

Diplomatic experts are of the view that cooperation between Pakistan and Iran at the international forums isn’t a new phenomenon but the acknowledgment of Islamabad’s support for Tehran is an encouraging sign.