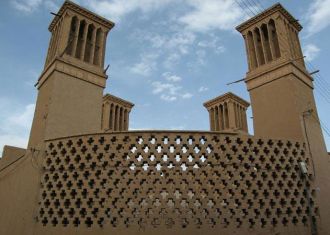 Tehran, April 10, IRNA – Iran has applied to the UNESCO to have its historical wind towers registered on the World Heritage List, deputy director of the Cultural Heritage, Tourism and Handicrafts Organization (CHTHO) announced recently.

“This structure is an essential element of architecture in eleven Iranian cities including Tehran, Yazd, and Hormozgan,” Talebian said.

Wind catchers are built in many regions of Iran, predominantly on houses in areas with a hot, arid climate.